Two leats were constructed to convey water to the mines at Talargoch.

The first was built in the 1750s to provide a water source for the mine’s waterwheels and did so for over 100 years. This leat took water from the Afon Ffyddion about 400m above Dyserth Waterfall and followed the 200ft contour for almost the entire length of 2.1km. The average width was about 2m and a few parts of it can be seen here and there. An indication of its route is shown in pale red on the map below - from the “1750s Source” via the various engines and back to the river near what is the now the sewage works.

The second leat was built in 1844 to provide sufficient volume of water to power a new 50” hydraulic engine to drain the west end of the mine. This leat passed through a tunnel under the Dyserth-Trelawnyd road and followed the 300ft contour to Talargoch. Its route is indicated by the purple line, parts of it are still marked on the map. 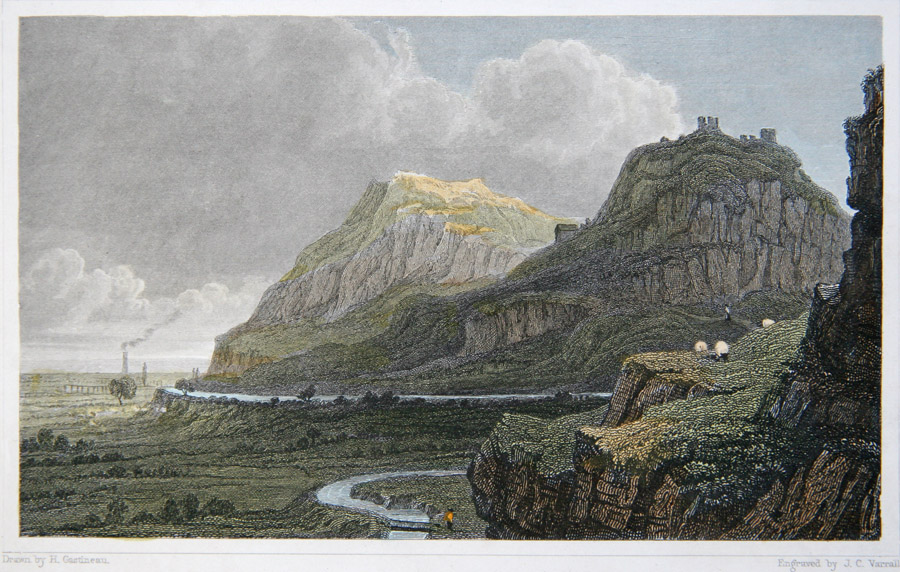 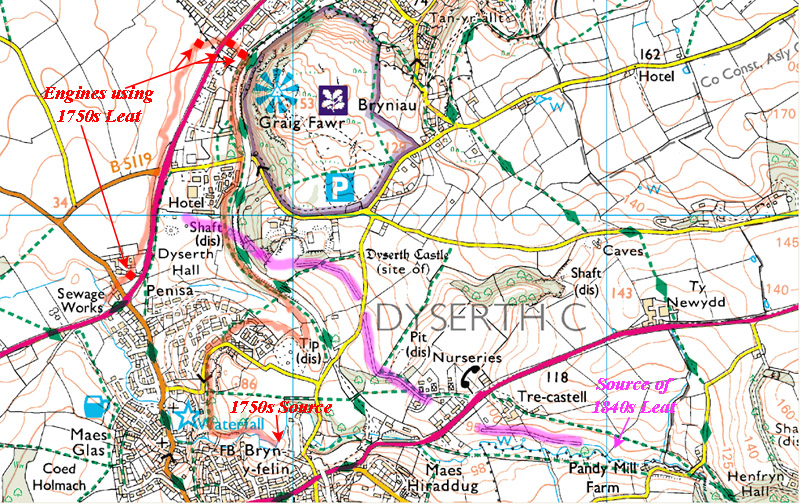